So, my first solo show. Something of milestone I guess.  I’ve been talking about showcasing my work for some time. But after 6 years of being Miss Led, the time arrived. On an unplanned afternoon,  as I walked into theprintspace gallery to pick up my giclee orders, I’d decided that this was exactly the place, right for the debut event.

The relationship: After the successes of Drawn, in Summer 2013 – where I painted live, Bitter Sweet, and ran my first Miss Led workshop – it seemed perfect. Not only had a great relationship formed with theprintspace but their shows, awesome location and top notch printing service left them second to none when it came to choosing a gallery.

Sponsorship: After a few conversations I was thrilled to receive an offer of full sponsorship for a solo exhibition. The condition was, however to present this event in the last month of the year.

No limits: A winter show, however was never something I’d envisaged, especially being such a hibernator myself.  And coming off the back of a big project at Eye Candy Festival, I wasn’t left with much time to pull this off.  But predictably defiant I didn’t scale down any of my ambitions and still remained my original aims to fill the space with as much new, large scaled work as possible, even if I killed me*

To create a relevant show encompassing the different areas of work I produce. From the mixed media live painting and workshops, to mural and boutique paintings where my collaged portraiture were pivotal.  Over the last 6 years, there has been a strong celebration of female creativity and identity, so there was my starting point. Find strong, expressive and creative women, and the rest will follow.

Photoshoot: I conducted photoshoots in my studio shooting each of the models 3 weeks prior

Interviews: after the shoots interviews were created for imagery and text content for each final painting

Artworking: The original drawings were created then from the edited files 2 weeks prior

Digital work: Scans of the original drawings were then cleaned up to be print ready for their final sizes of 155 x110cms

Gallery Walls: Were hand painted over a couple of evenings a few days before the show

Paintings: Were executed over 4 days at the studio before being photographed and then hang at the space

A range of materials were implemented – from coloured graphite, acrylic and water colour paint, water colour resist and paint pens.

A huge thanks to Toby Summerskill for his wonderful photographs. 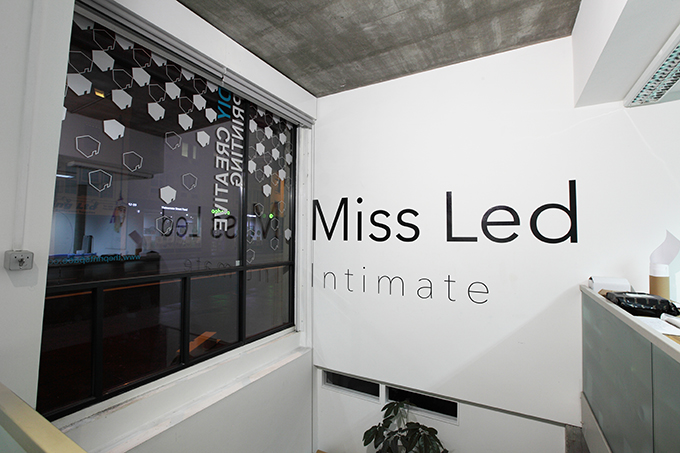 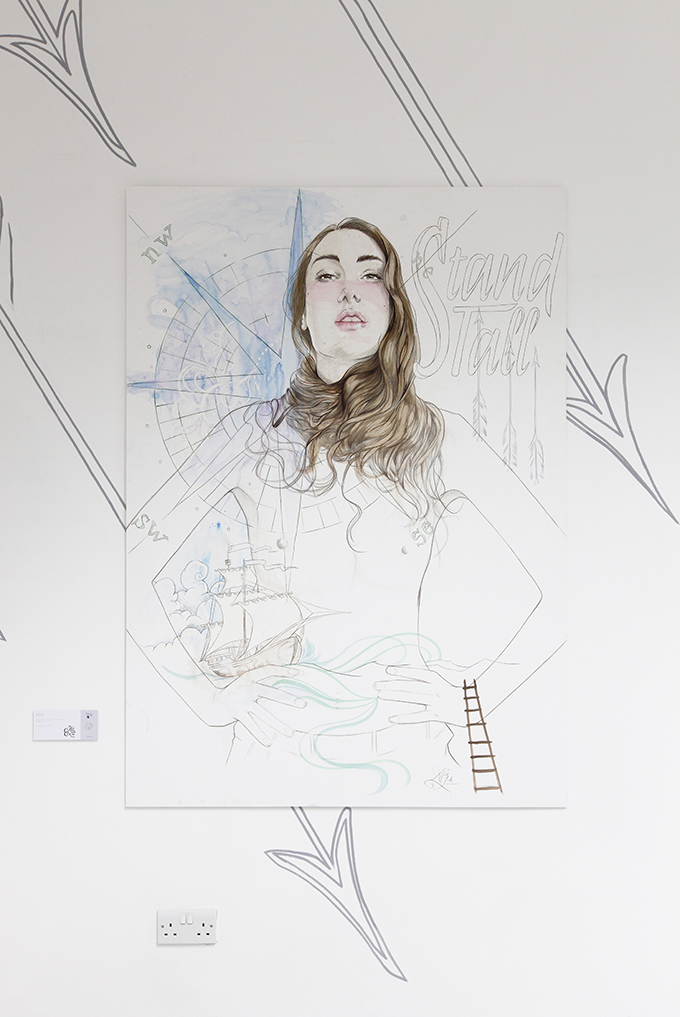 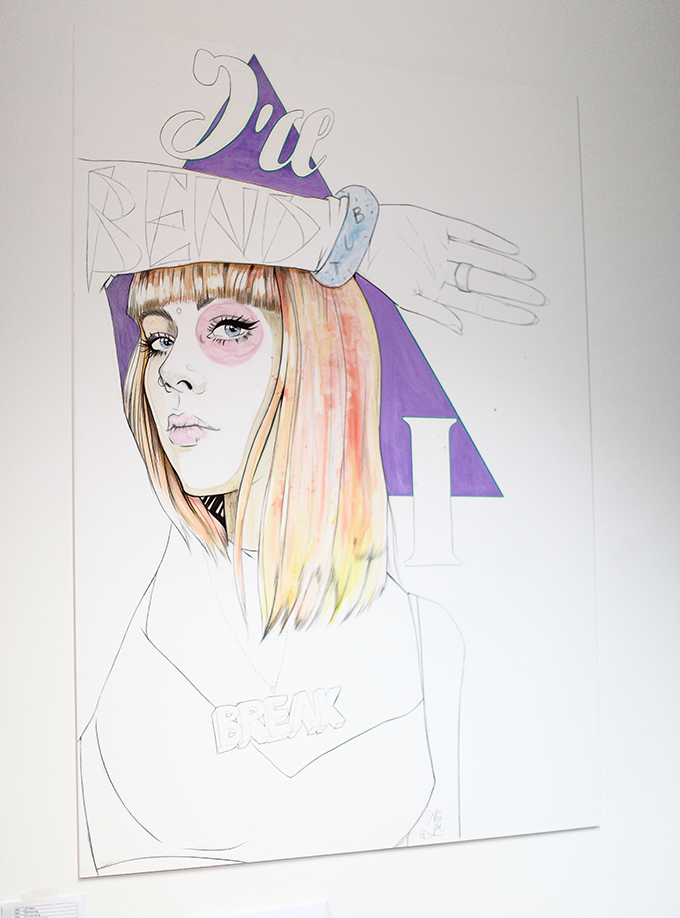 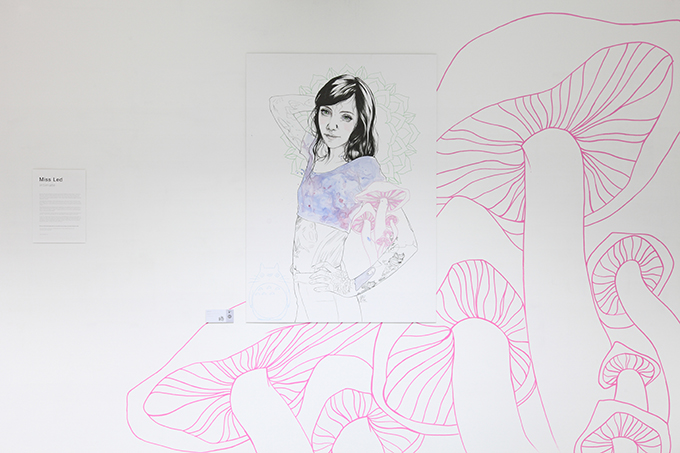 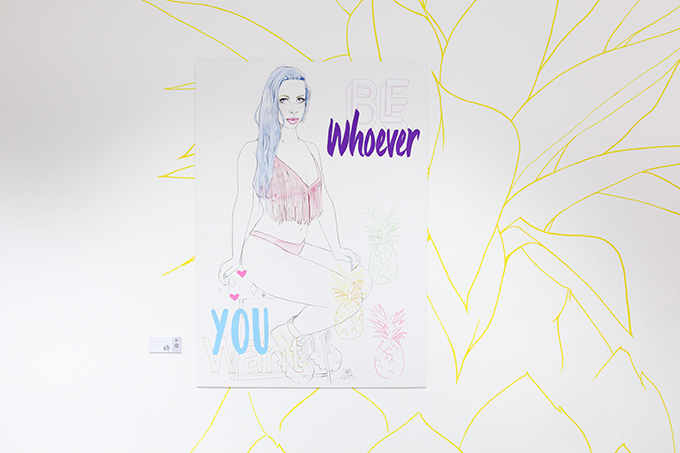 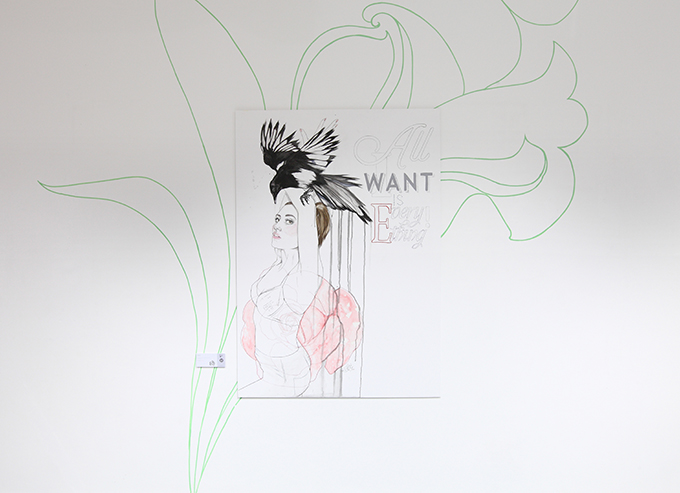 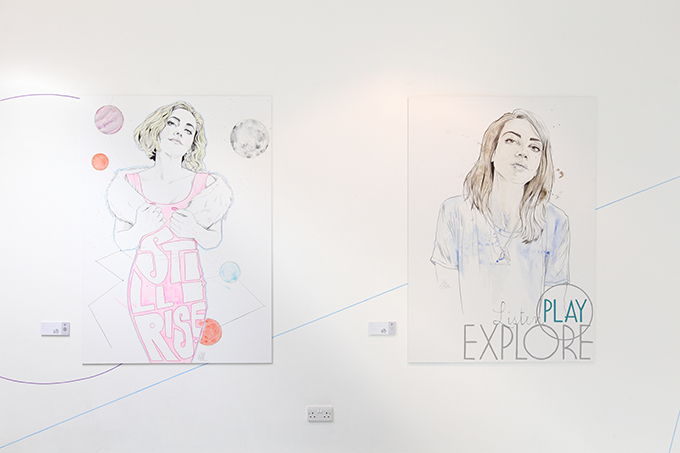 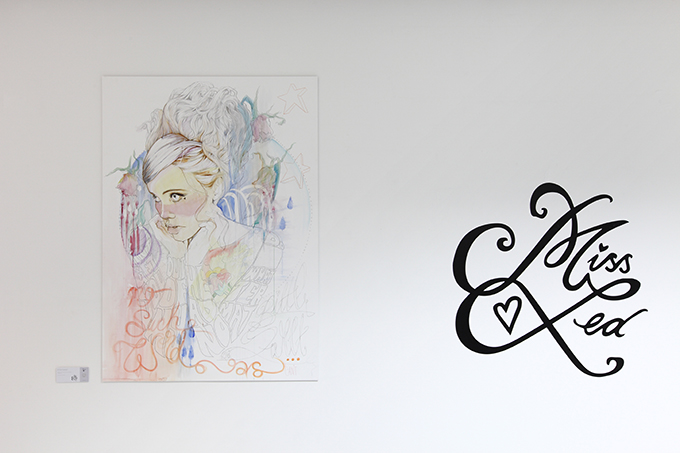 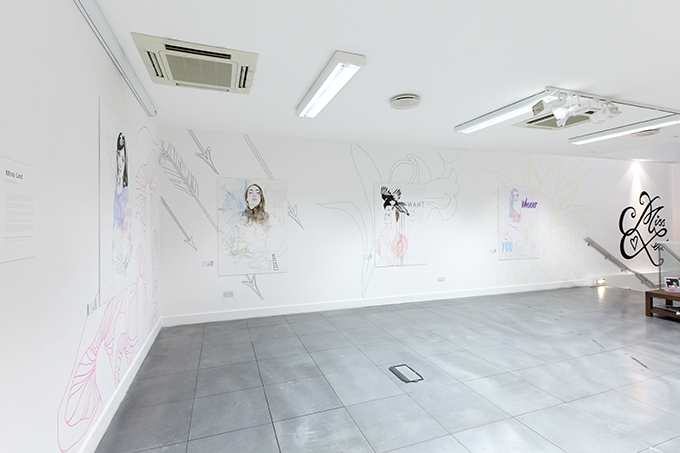 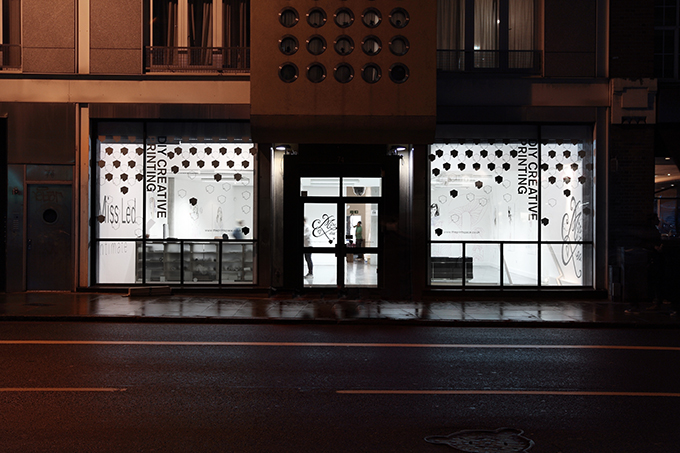 Please register your details below and we will be in touch shortly.